In preparation for the SLC “Compel, Polish, Pitch, and Sign” Writer’s Conference, I’ve been reflecting on my own journey into publishing. For those who are attending the conference, we’ll talk 🙂 Becoming published is a mystery to many writers. Even when I started getting serious about publishing, I had NO CLUE how to get started. Google search can get you places of course, but in many cases, it’s the wrong place. Networking with other writers can also help – people who have actually published.

But it’s never the same, each author has to find their own way to publishing, their on path.

So, imagine a door, whatever kind of door you like. See my door? It’s fanciful and unique and extremely interesting. All I ever wanted, in this entire world, was to see what lay beyond this door.

Here’s the problem – there’s no path. And there are stickers and briars and thorns of all kinds here and there. Some people find a good path and only get a few scratches, some get lost at the side of the house peering in the frosted glass, and some, like me, got scratched and bruised and bled a little before they got to the door.

I think this is the more typical answer you will find among those who are published. I really feel like I earned my passage to what’s beyond the door.

My first attempt to get published was through querying agents, and was a pretty miserable failure. I made some huge errors. I am a Young Adult Fantasy author and my manuscript was 170k words.

So, let’s look at the mistakes I made:

So, I’ll quickly breakdown some things for you. In a fantasy genre, a manuscript with 170k might be acceptable for an epic journey, but I was querying the wrong people. I queried YA, where they are looking for 50-100k tops. If they see a 170k word count, all they see is Edit! Edit! Edit! I’m not going to waste my time with this author who obviously doesn’t understand how to write for YA.
Also, research how to do a proper query. A candid – “Hey, I’m a writer, and I got this super cool story with fairies and dragons, and I think you’ll really like it,” is going to get a quick DELETE. During my failure years I joined a local writers chapter and attended a class about writing queries. Boy, what a difference that made. I think the worst person to sell a book is the author. We know too much of the story, what do you focus on? The query class helped me narrow what publishers and agents are looking for. A unique hook, some angle – however slanted, that gets you in the door.

And the meat of it, I needed some kind of proof I was worth time and money. I had nothing. So, I entered a few small writing contests. I ended up getting an Honorable Mention in a state wide competition and a First Place in my local chapter. This greatly helped my confidence and proved my worth as a writer. When you received multiple rejections you can start to doubt your abilities. Don’t ever doubt your talent!

So, research your agents, enter some competitions, and take time to do a proper query.

The Scratches Came From Releasing my Book Too Soon

After feeling hopeless, feeling no agent would ever pick me up, I looked into Self-Publishing. My dad is a self-published author, granted he writes books on process improvement – very different from me. And at that time (2010 – so long ago) self-publishing was a scary endeavor. But, as a favor to my dad, I looked into it. 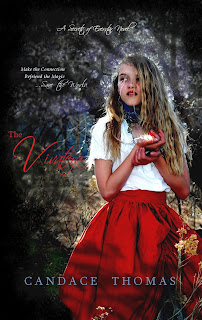 Createspace makes everything so easy. They have templates, ISBNs, cover images, formats, pricing guidelines… geez, I was overwhelmed at how much I had to do. I edited down my manuscript to 140k, formatted it, had my sister design my cover, had beta readers test it and write reviews, I swear, I put soooo much work into it and what I came up with was, what I thought at the time, had to be a work of art.

Yet, this went nowhere. I mean, NOWHERE! The book was still too big to make money. The cover was pretty, but crafty, I couldn’t get it into book stores and I had no idea how to market it. As an ebook is flopped in format I knew no other authors. In many ways I felt like a bigger failure.

A good friend and very avid reader bought it and read it. She liked it, but offered me some advice. “I think you released it too soon.” But, I had a finished product! What did she mean “too soon”?

But she was right. I was in such a hurry to get my book out, that I didn’t stop to think if it was ready. Would it be marketable? Would it find readership? If I’m building a brand, would this help me or hurt me? And I STILL didn’t know what was beyond the door.

Self-publishing may work for some, but not for me. You need a lot of confidence in your talents in order to be self-published. I didn’t have that. I wanted someone, a professional editor in the business, to tell me what was wrong with my story. I knew there was something, but couldn’t see it. So, I yanked it.

(Side note: I found a copy on Amazon for $800. Fools. All previous copies should be burned.)

What? What do you mean? It’s the dream, right?
This is absolutely true, and I think several authors would agree with what I’m about to tell you – editing IS the key to the door.
So, I shelved my novel and went on to write other things, other projects. I did NaNoWriMo and had some great success there. Summer 2012 I came back to the idea of maybe trying to find a publisher. I had written the sequel and loved it and regained hope in the writing world. This time I took a risk and sent it directly to some publishers, knowing I would be in the slush pile. I re-edited it down to 135k, a slight improvement.
I received one rejection before I found my publisher. Xchyler Publishing was the first to acquire my entire manuscript. The acquisition editor, a fine girl named Lissa (who later became my content editor) fell in love with my story and absolutely insisted they have it. I was nervous. I mean, was this the right place for my story? But they were the first to read it. If others read it, maybe they would react the same way. The deciding factor was something that made me think, and something also, that I appreciate to this day – They didn’t want to lose the integrity of the story. That was so important to me. I was afraid bigger presses would make me change the story into something that it wasn’t, make me add the swearing and the sex that I tried so hard to keep out of it. The whole team wanted this story, my story, to succeed, so I signed with them, and have never regretted it.
Here is where I bled. 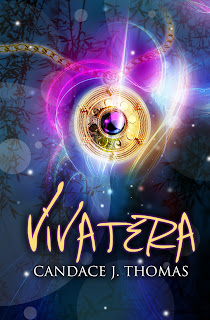 Editing was an eye-opening experience. I had a main content editor, a line editor, a proof-reader, and then everything had to go through the Editor-in-chief. They did this to refine the story at various levels. It really is magic. In content, they decided to hack a large portion because it slowed the pace (they were right); I had too many POVs and needed to narrow it down to four – so I had to rewrite a lot of the book to accommodate this (and it was a great idea); they asked that I write more chapters from a specific POV of a main character, who was super mysterious, and explore what happens with him to layer the story (wow, okay); and they then asked me to do a writing exercise about this said character, where he grew up and how he got the magic in the first place, something that would NOT appear in the book, but for me to understand my character better (you want me to do what?).

This was a mountain of work with a pretty intense deadline. I tried hard to keep up with the intensity. I even took a two week LOA from my real job to finish it. I worried about the cover design and stuck with my gut about changing it to a talisman, which turned out beautiful and I love. But, with everything, it was very hard – like ulcer-inducing hard.

Then three weeks before my book release, I received notification that the company was changing hands. I nearly died. The change was definitely for the better, but at the time, after so much hard work and sweat and blood, I didn’t know anything about its future. Even at the time of the release, because of the changing in tax documents and everything that I don’t understand, it was slow coming out. But it did and it was beautiful.

It had been out for a month or so when I thought I would enter it into the League of Utah Writers Novel award that would be announced at their annual conference. I thought, well, it took an Honorable Mention a few years ago here, maybe it might go somewhere. Obviously, I didn’t get my hopes up, because I didn’t even attend the awards banquet. When I arrived at the Writer’s Conference the next day a friend from my chapter ran up to me and said “You won!” my response, “I won what?” “You won Novel of the Year!”

WHHHHHHAAATTT???? Turns out my novel took TOP PRIZE, the Diamond Award. It won over all the other novels that year, my little fledgling was the best in the whole state!

This helped me open the door.

What I found on the Other Side of the Door

I’m going to tell you, just in case you thought I would keep it a secret from you. It’s been a slow-creaky door to open. But I’m most-definitely on the other side.

There is a room full of people, other authors, packed full – all looking for another door.

Some are desperate, some are casually looking, but there are some that I have found who are willing to help one another find the mysterious hidden door. That’s what I’m most impressed by, the cooperative effort made by others to help me succeed. Seems backwards, right? I mean, aren’t they also your competition? Actually . . . No, they aren’t, they are my peers. I’ve found better success through a healthy community of authors. It could have been a nasty bludgeoning of jealous rage at the success of one who finds the door, but instead, its the opposite – it’s a celebration!

However you make it to the door will be the right way for you.
It is an epic journey – remember that, and should be one that you are proud of, one that made you bleed a little. Don’t be afraid to bleed.
There should be sweat – and heavens above, there better be tears.
Wear your scars with pride.
Don’t let the briar patch get you stuck.
And when you get there, push hard on the door.
And never forget – inspire others to find the key.

I’m just behind the door waiting for you. I have a place reserved at my table and I want to see you there.

Welcome. (first drink’s on me)

Signup for news and special offers!